This was an FAQ I got from a lot of people, most recently from Youtuber Rebellion3112. My most recent attempt to explain it got so long that I thought it might just be better to post it here so that everyone can enjoy (and so in the future I can redirect people here and lazily continue lazing about).

Everyone thank Rebellion for sharing. (Thanks, Rebellion).

So let’s get started. It is REALLY hard to explain this without going into a ton of detail, but here’s how it works in the simplest possible explanation (and this is still really long): 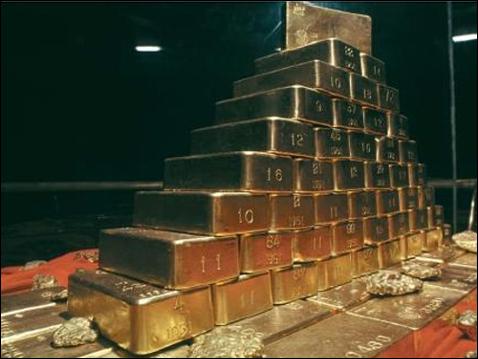 Ignoring for a second how hard it is to make a good game, let’s just focus on how much it costs to make all the “things” (assets) that go into a game. We’ll assume that everything you try goes right the first time you try it, that you make no mistakes and get everything done precisely on time (I’ve personally never seen this, or anything close, ever happen).

If you’re an average development studio in a place like Los Angeles or San Francisco, it costs a lot just to keep your doors open and your lights on (rent, insurance, employee benefits, power, government fees, bank interest, etc). But let’s ignore that and just assume that all costs $0.00 somehow.

Normally you have to look around for a while and try to get a publisher to pay you to make a game for them. During this time, you’re making no money and every month you’re still paying bills. But for now, let’s assume that somehow you already have a game deal, so you have $0.00 losses before you even start.

A note: the publisher has people working for them who cost money, too. For the sake of our example, let’s assume they don’t exist and cost $0.00.

So now you’ve got a deal with a publisher where they pay you a certain amount of money each month in exchange for you making a game for them. Usually, the amount you get changes every month (it costs more to make a game in the middle and at the end then it does at the very beginning), but let’s assume that somehow you’ve already done all that cheap pre-production work for $0.00 and all you have to do is the expensive production work.

Development deals of this type usually pay the development studio a generic amount of money per month for every employee that the developer has that is actively developing the game. Anyone your company has that isn’t a developer, like HR, IT, Lawyers, QA Testing (sometimes), CEOs, CFOs, CTOs, etc… don’t count in that amount and have to be paid by taking money away from development employee salaries. That gets really complicated, so for the sake of this example, we’ll assume that every single person working at your company is a developer.

According to the 2011 Game Developer Magazine salary survey, the average salary for the four most basic development roles: Design, Programmers, Art/Animation, and Audio is about $81,000 per year (or about $6,750 a month). Remember also that this amount is probably including money the developer doesn’t get that goes to state and federal income taxes, social security taxes, or benefit deductions (which can take about 30%-40% of that number away).

Now you need to figure out how many developers it takes to make your game. This depends on how big your game is and a number of other things. These days, it can take hundreds of people to make a big-budget AAA title, but let’s take a smaller one: We had around 70 developers (probably more) actively working on Ratchet and Clank 2, so we’ll go with that number.

How long does it take to make this game of yours? That depends on the game you’re making. These days, it can take 2-3 years to make a AAA high-quality game, but the shortest time I’ve ever personally seen it done (factoring out pre-production) was about 9 months for Ratchet and Clank 3. Voila! It just cost you more than $4,250,000 to make all the things that go into your game!

Well what if we imagine that the game your company is making is an inexpensive phone game or a facebook game? You could make that with a team of maybe 10 people with 3 months (not counting pre-production time) if you’re really booking it. That’s more than $200,000! And remember, this is all JUST to pay your employees to make the things that go into your game.

Keep in mind that, as I already pointed out, this is not including any extra costs incurred besides those employees making things that go into your game — extra costs such as Marketing, Customer Support, Publisher QA, Certification, User Testing, Packaging, Shipping, Servers and IT, Equipment costs (computers, target platform hardware/software, desks, chairs, lamps, game engine licensing fees and other middleware, etc), PR, Human Resources, Taxes, Government Fees, Accountants, Lawyers, Retailer/E-Retailer costs (Gamestop, Steam, or the Apple Store get about 30% of the sticker price), and so forth.

All of these (and the countless other things I didn’t mention) bring a ton of value to the table, and are worth spending money on — so you can imagine how expensive things can get once you get out into the real world, but this might help explain a part of it.

So I hope that helps illustrate why games are so expensive. If you have any questions, just let me know On Twitter (@mikedodgerstout) and I’ll try to answer them.

1 thought on “Why do games cost so much to make?”